September 2015 was all about Running & Friends, it seems!

Brennan ran cross-country as an 8th grader for his middle school and finished up with a Personal Record.  We're proud of him for being on the XC team and for giving it his all! 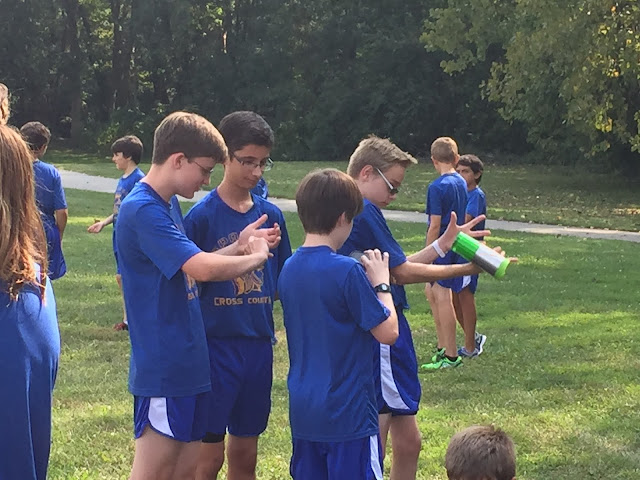 Thomas helped coach this year and did great.  The kids really liked having him there. 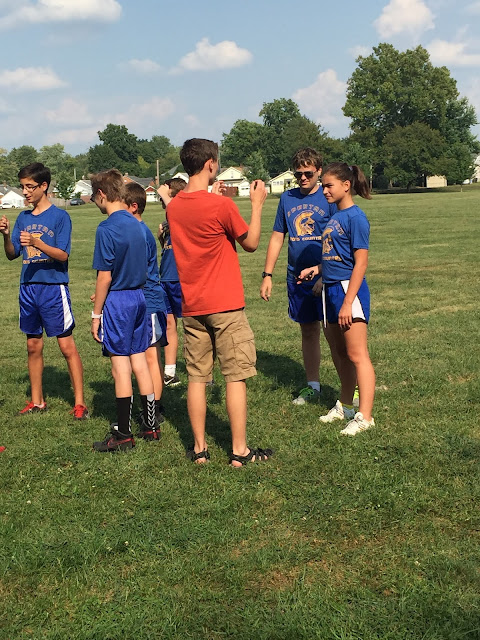 Warm up right before the gun shot start 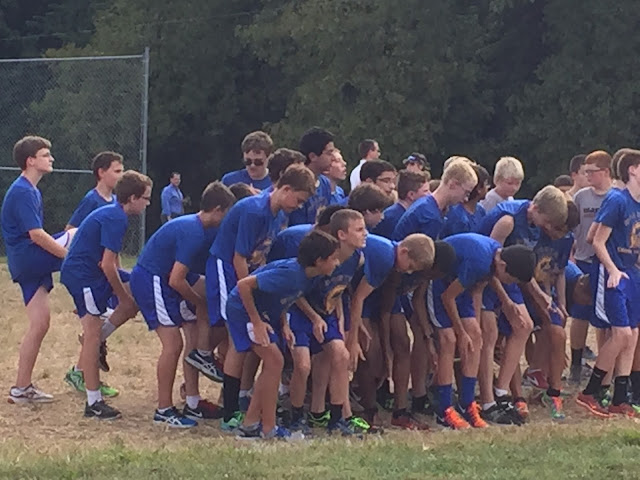 My view at pick-up each day.  The team stretching (led by Thomas). 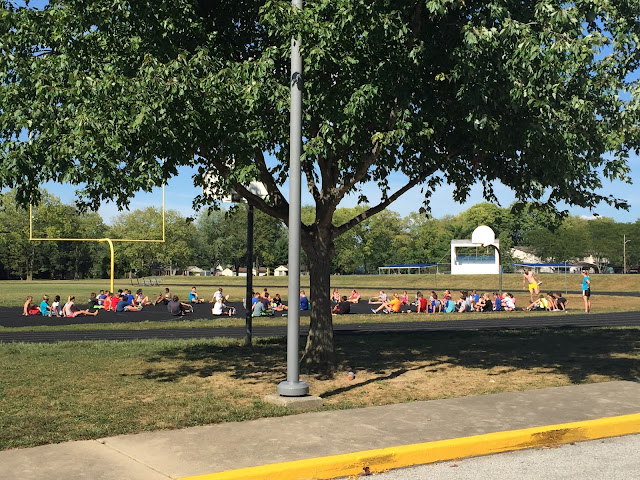 We went to a great event in September at the Inn at Irwin Gardens (former Irwin Mansion, now a beautiful bed and breakfast with great gardens).  Irwin Gardens joined with Yes! Cinema to show movies outdoors in the gardens.  We saw "The Princess Bride" - one of our favorite movies.  It was a fun night.  Here the boys are wearing their Princess Bride t-shirts. 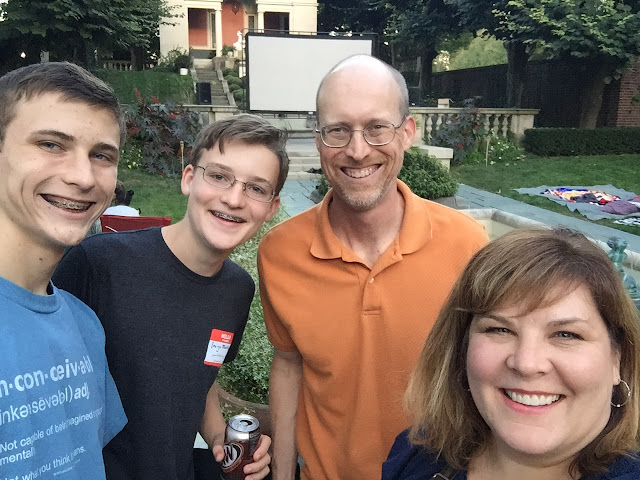 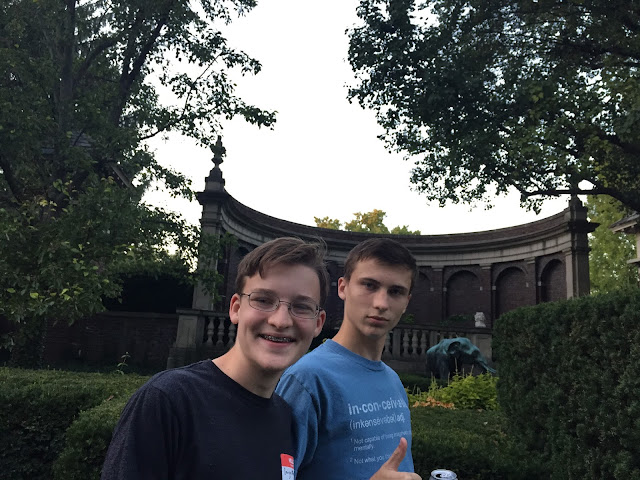 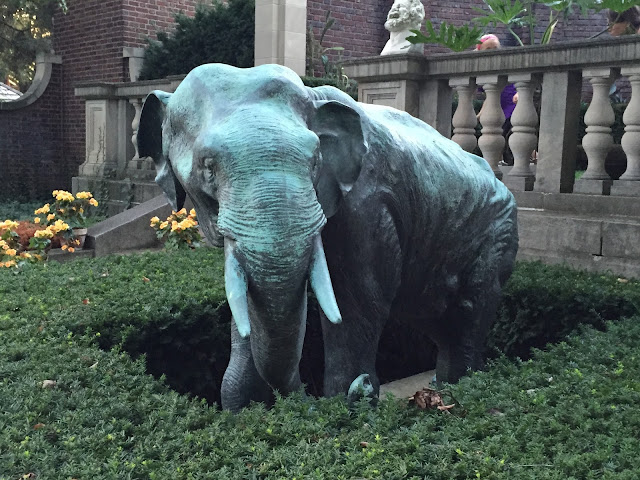 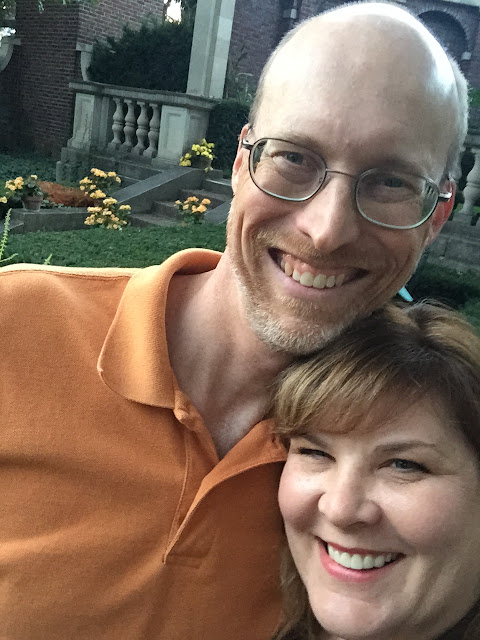 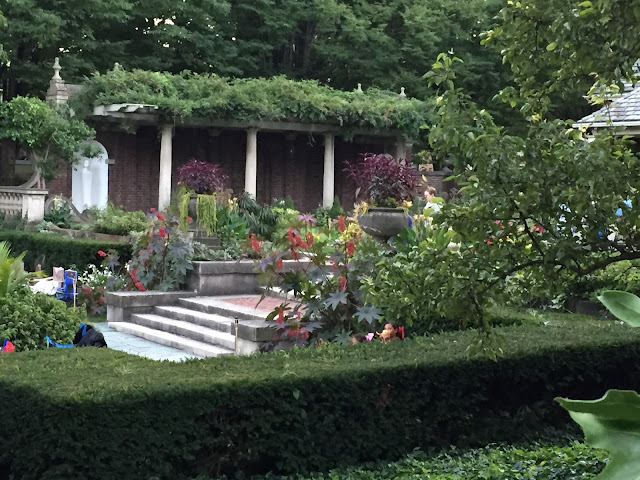 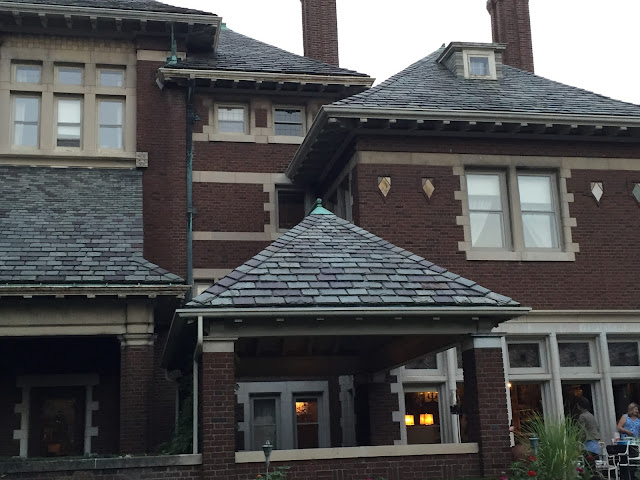 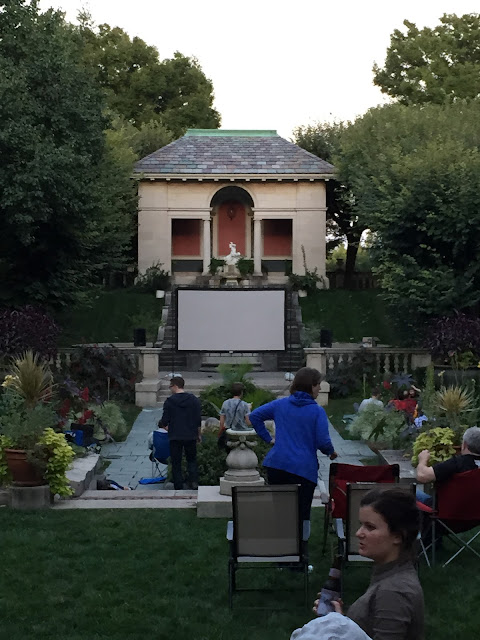 My cocktail crew went to a downtown restaurant for drinks and some catching up time.  We all shared samples of a grown-up root beer (mmm, not sure about it) and I chose a Long Island Iced Tea.  I think August's Lemon Drop was better. 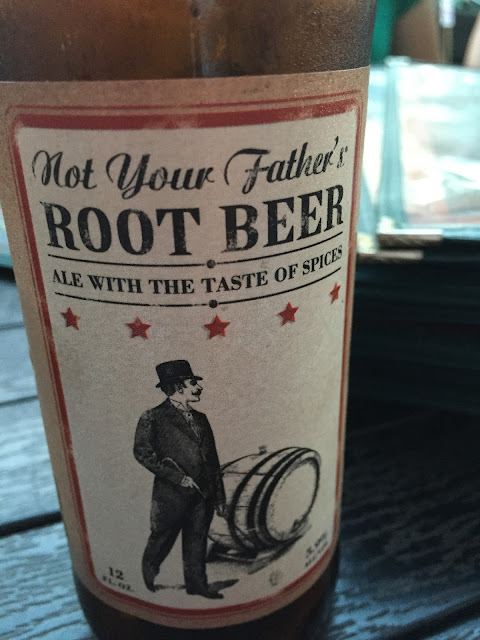 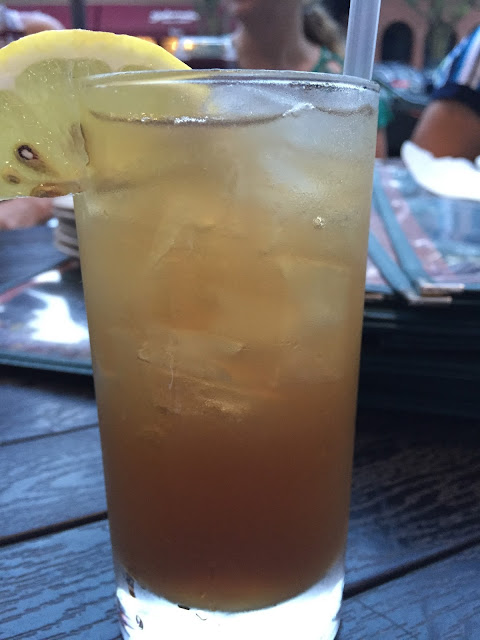 So proud of the boys for supporting friend Hannah's senior project.  The project aimed to raise awareness and funds for homelessness.  All the money that was donated during the overnight event (many kids spent the entire night in cardboard boxes!) is going to our new homeless shelter.  They did a great job!  Hannah had tons of support. 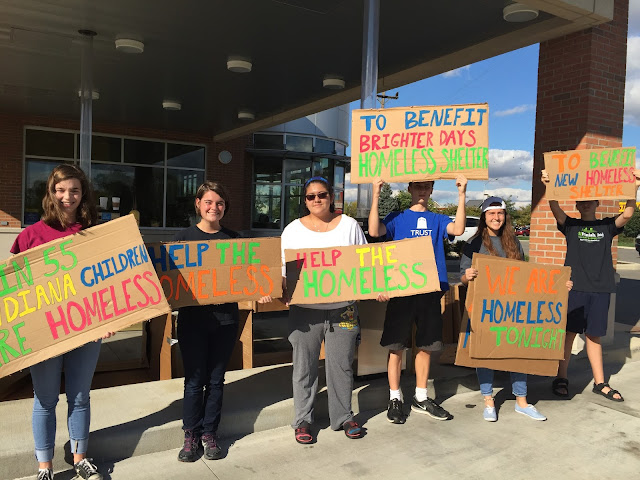 Our wine club had its annual Pontoon Party hosted by our friends Charlie, Jayne, Roger, and Jan.
This month's theme was Indiana craft brews.  David and I won a prize!  (I should say David won because I had nothing to do with choosing our brew.) 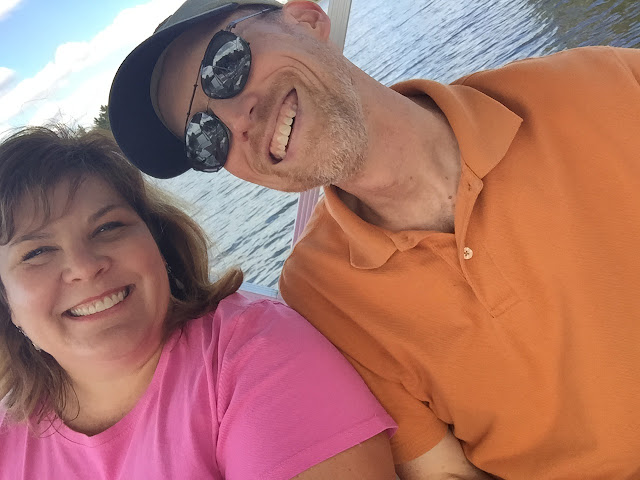 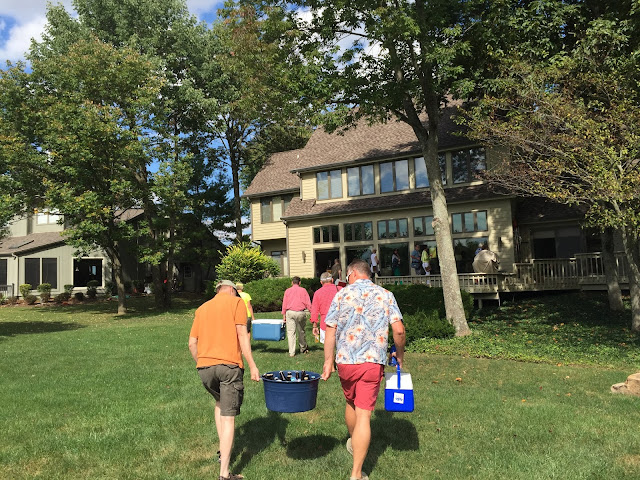 Charlie playing "Anchors Away" before we boarded the pontoons! 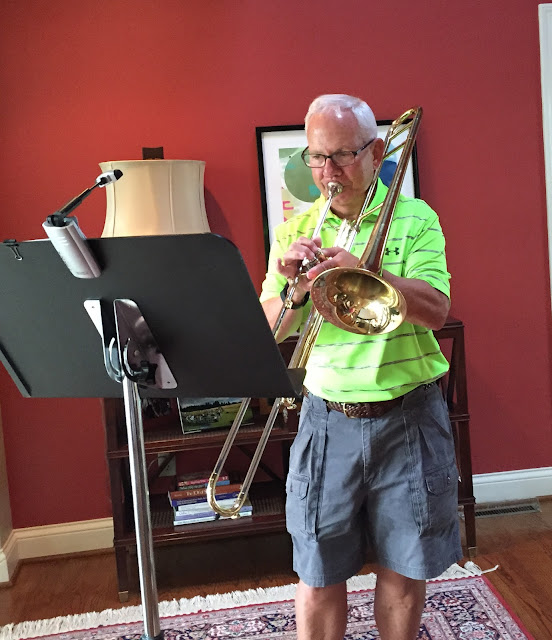 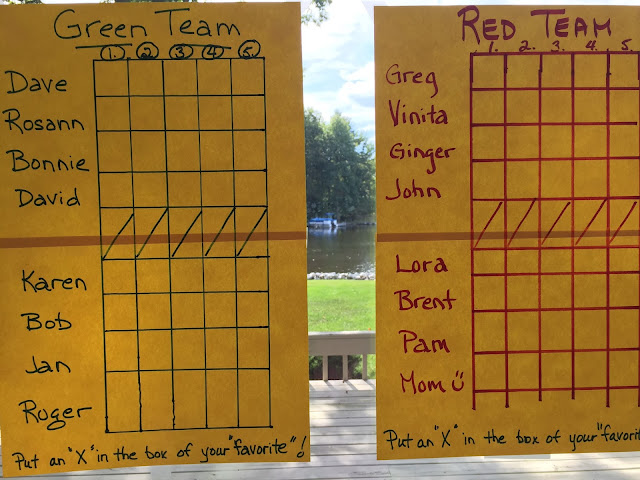 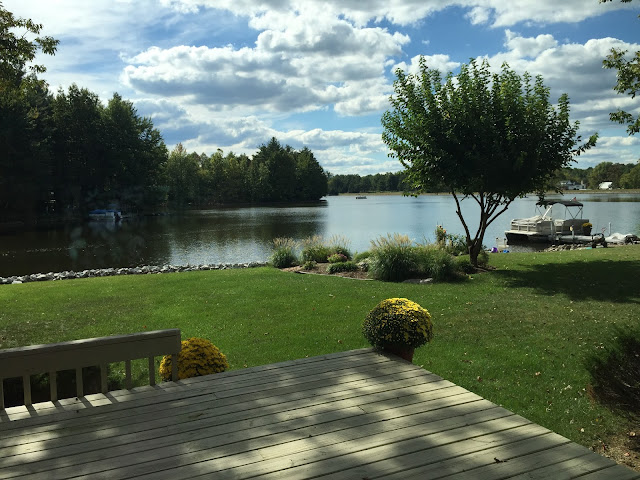 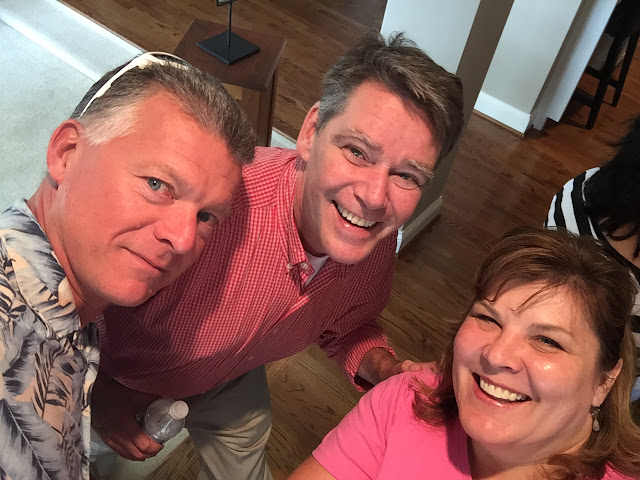 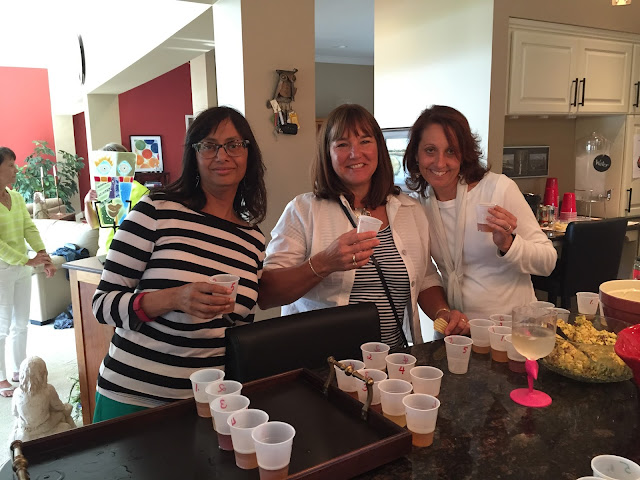 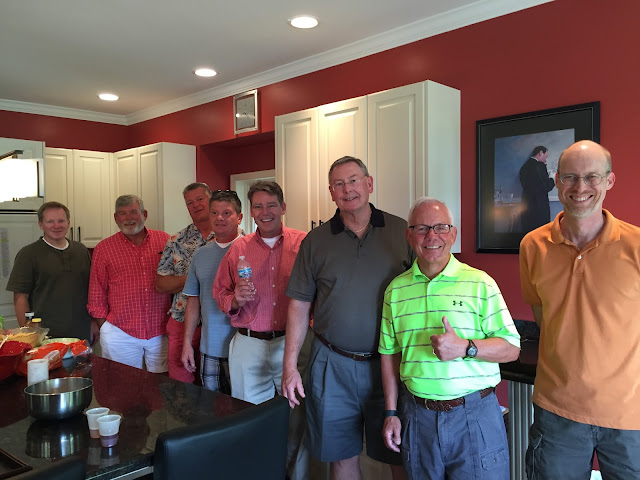 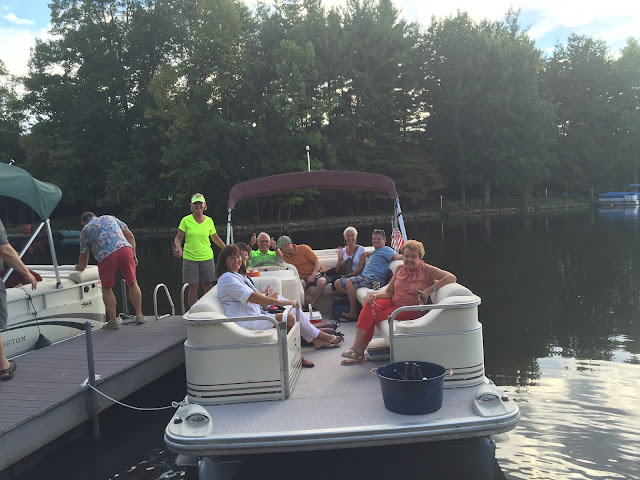 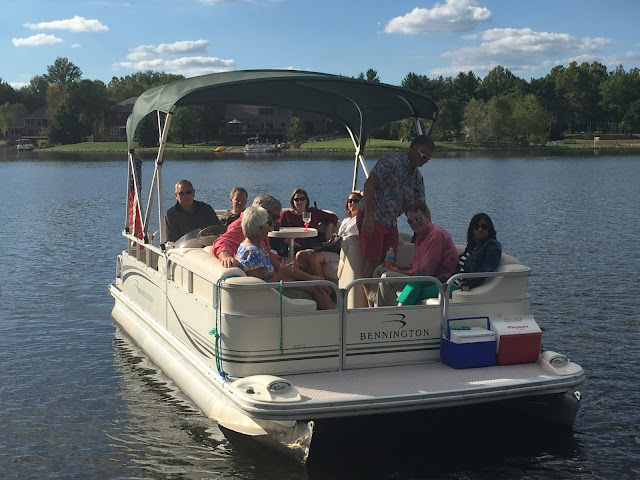 And then it was Mill Race Marathon weekend!  Thomas worked the Visitors Center table with me at the Expo on Friday.  We had a good time and saw lots of friends getting ready for the races. 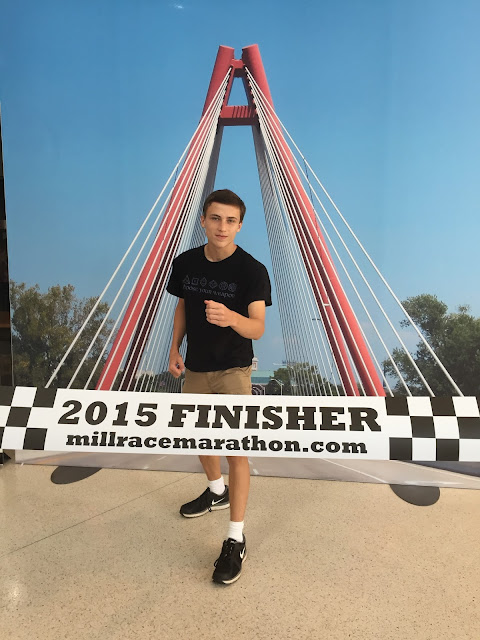 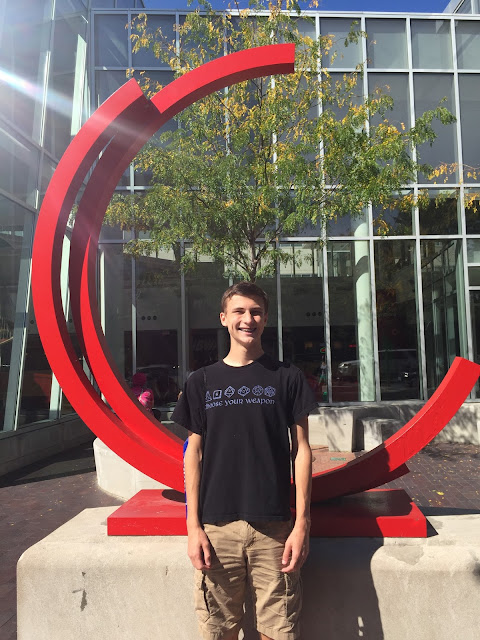 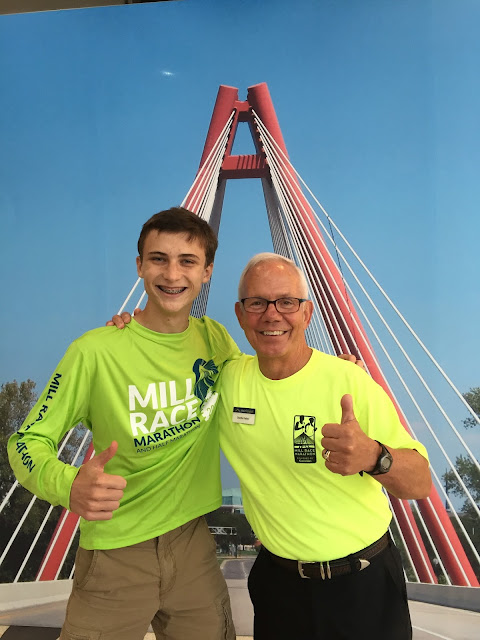 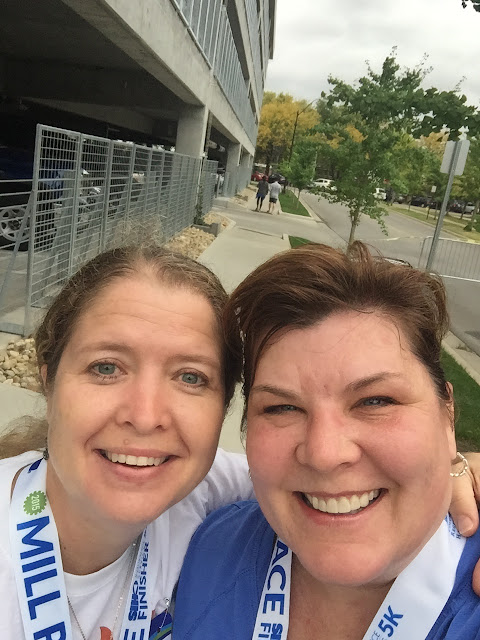 But the big deal was that Thomas and David finished their first Half Marathon!  13.1 Miles!  I was so, so proud of them.  They trained hard this summer and did a great job.  David has the half marathon bug.  Thomas says never again. 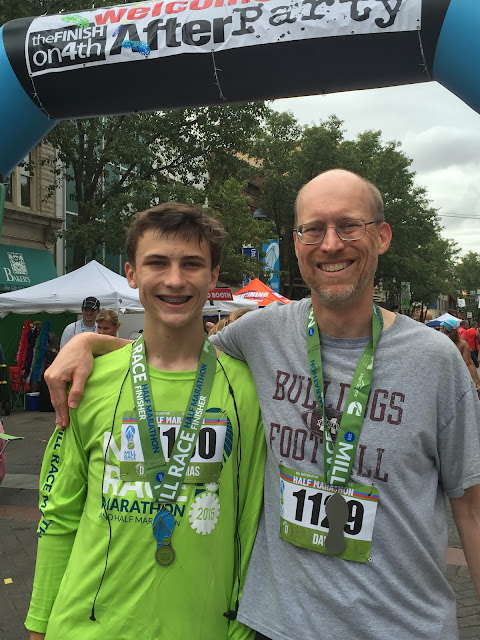 And this little boy enjoyed his final days with a full head of hair.  He went in today for a serious cut.  His fur gets so matted right next to the skin.  So we started fresh today and now have a skinny little runt of a dog under all this September fur. 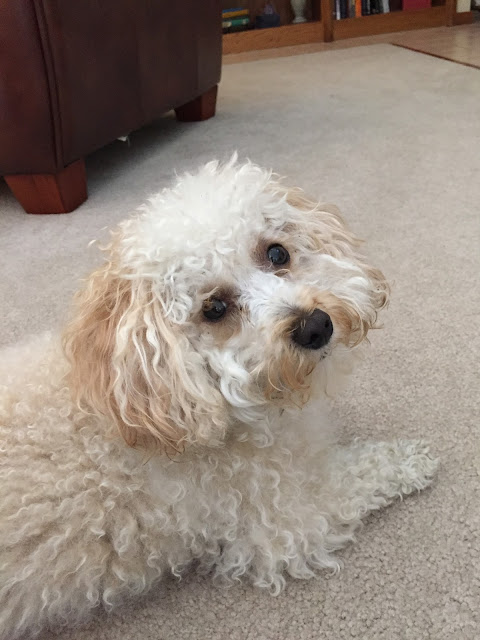 Posted by bonnieboatwright@gmail.com at 2:50 PM 0 comments