We hosted a Game Night for our wine club last month!
I thought I had posted this already, but it's still showing as draft, so forgive me if you've already seen it.
I had a ball planning this - lots of great photos out there when I googled "game night party".
I had this adorable vinyl banner made and will hopefully get a chance to use it again and again. 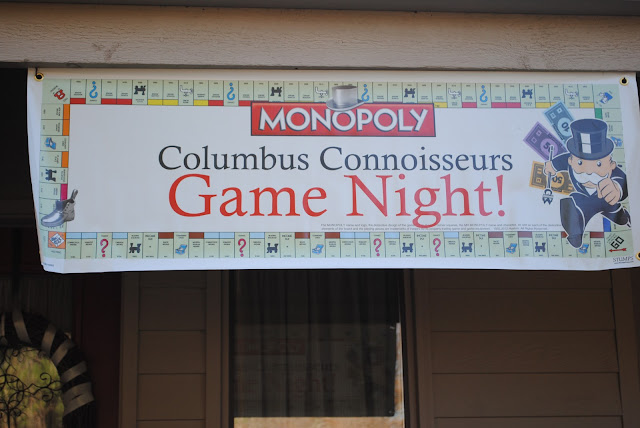 I found this cool cardboard sign with stand (which we didn't need) online.  David hung it out front in the driveway.﻿

We set up 4 games throughout the house and made a scoreboard to keep up with who won each round.  We asked partners to play a different set of partners for each game.
I set up Operation in the living room, but Thomas played with it and found the buzzer didn't work right.  And it was a brand new game!  Brand new batteries, too. 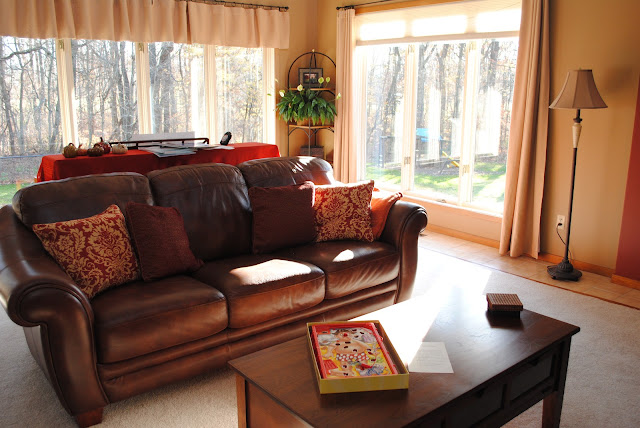 We gave up and pulled out Perfection instead.  Always a fun game, especially with wine.﻿ 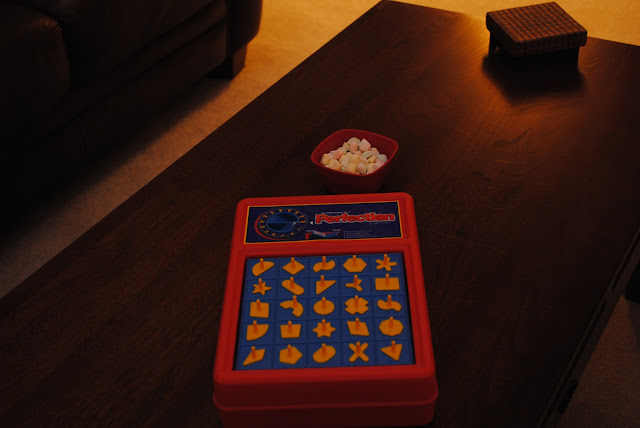 I believe David chose the other games, including Pictionary - his favorite.
I made easy rule sheets so that people who had never played before could learn it quickly.﻿ 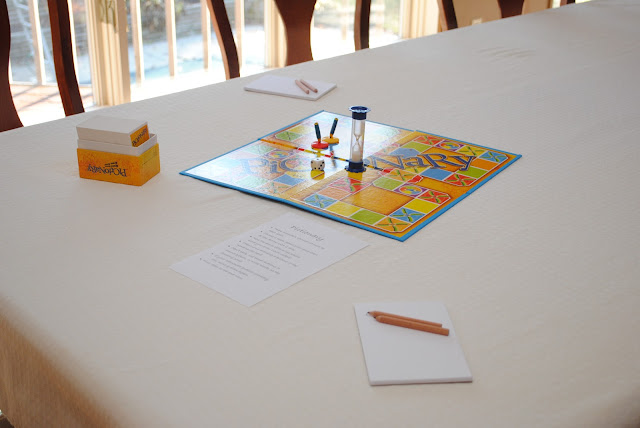 Following a great idea I saw online, I used a Twister mat as a table cloth and we set up Jenga in the kitchen.﻿ 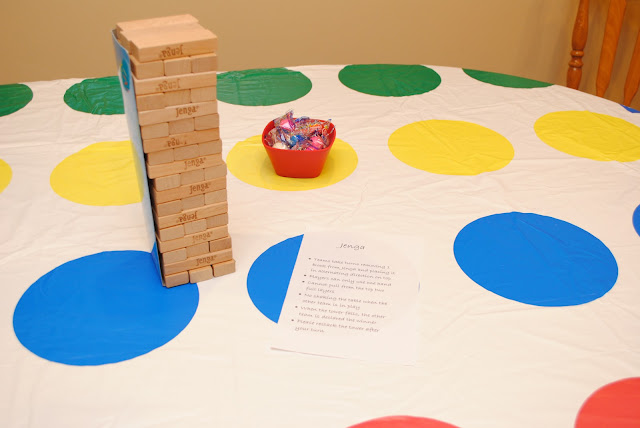 And we sent everyone downstairs for the fourth game - Taboo. 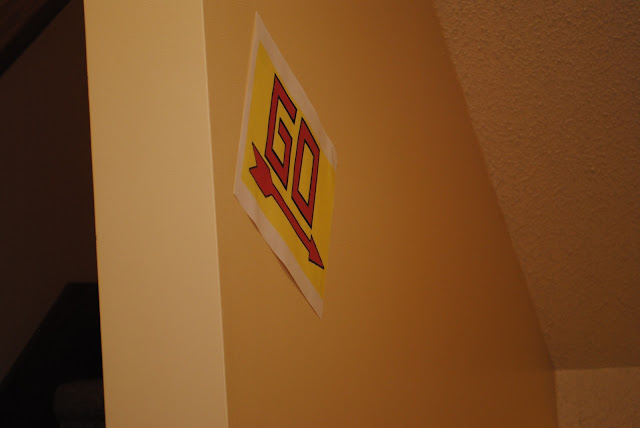 Based on a great idea I read about online, I put the invitations on Uno cards and sent them to our guests with a ribbon for hanging.﻿ 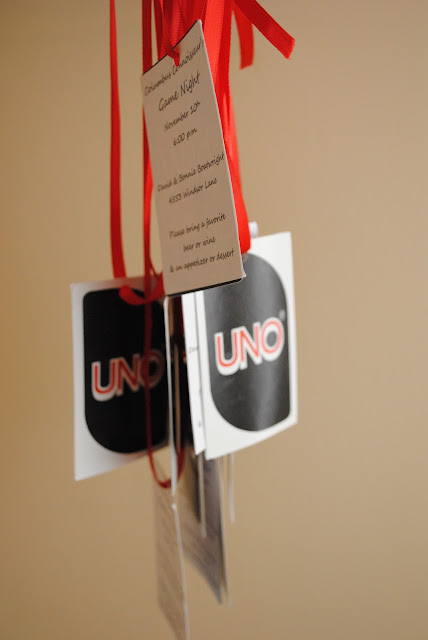 Everyone brought an appetizer or dessert, and a bottle of wine or beer.
The food/wine was not meant to be the star at this party - just a casual game night.
As always with our friends, the food was great.
I made up a couple of dishes that worked well with the other dishes.
And Scrabble tiles announced them for us. 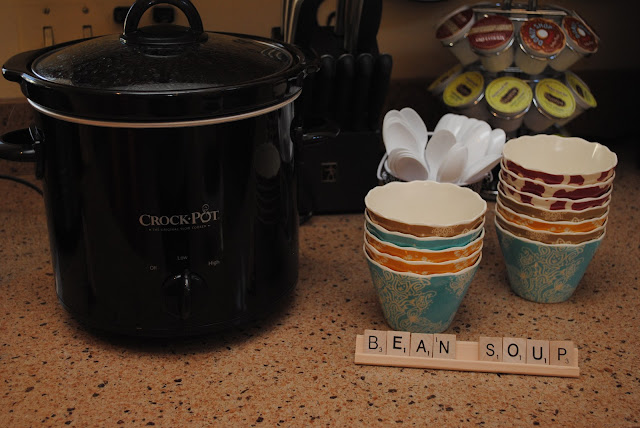 I made my friend Leslee's famous sloppy joe's - they are the best thing, and we don't even eat that much meat.  She makes them every year for Halloween before we go trick or treating, at David's request.  I have several photos from Game Night where David is in the background eating sloppy joe's.  They completely disappeared and I was thrilled.﻿ 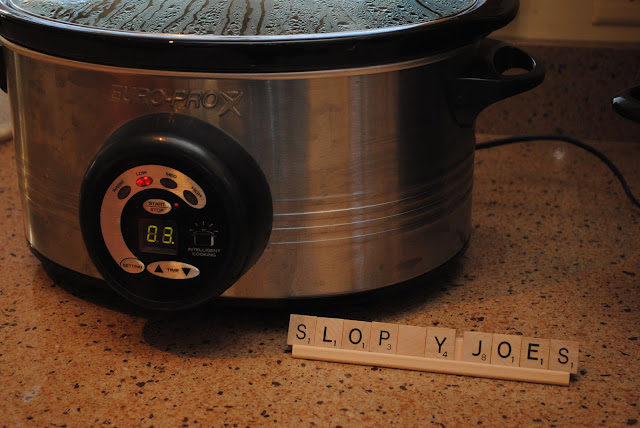 Have you seen these little suction mustaches for beer, Cokes, and water bottles?  They're color-coded so you can find yours after you set it down.  I found these in the Dollar spot at Target.  Awesome!﻿ 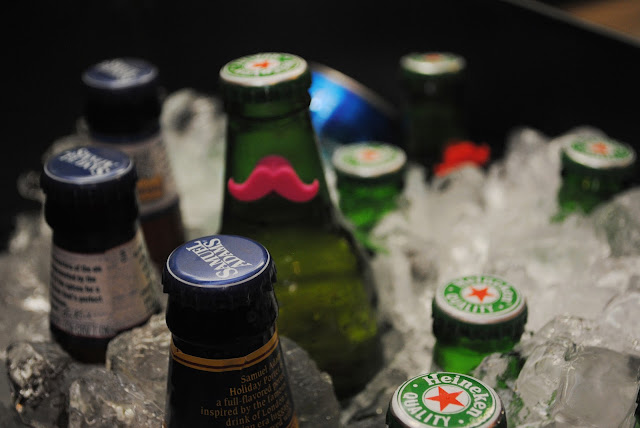 I found these cupcake toppers on Etsy.  The boys enjoyed decorating for me.﻿ 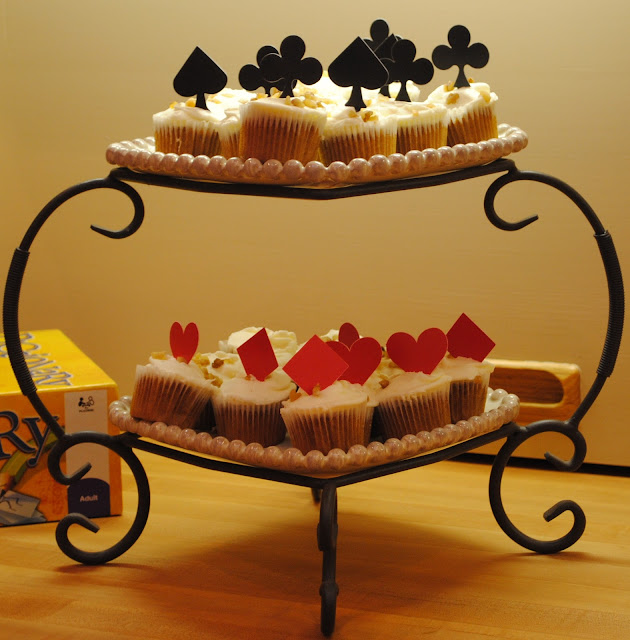 I made up a "community chest" of candy.  It also disappeared - awesome!﻿ 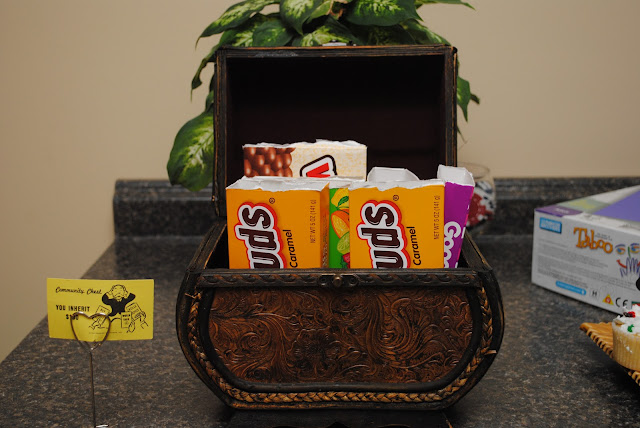 I set up a lot of food in the kitchen, but also used one of our new counters for more snacks downstairs.  (still need art for this space - I have an idea though...)﻿ 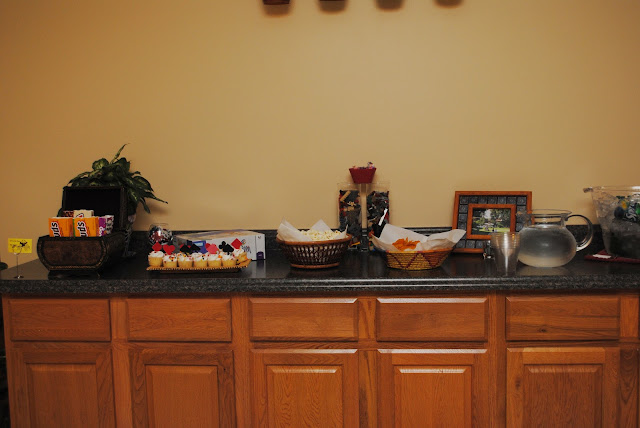 This was in front of the water bottles and carafes of water.﻿ 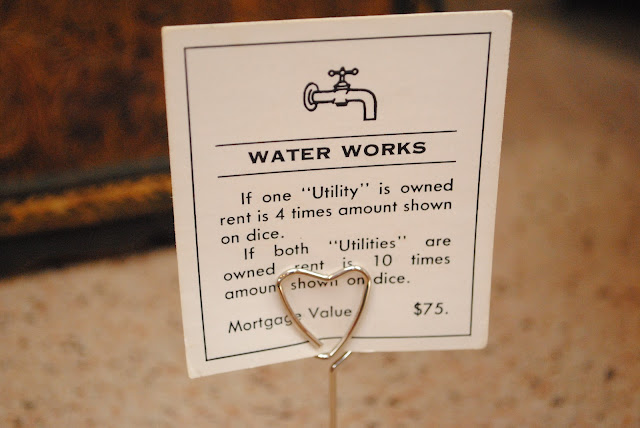 Copying this idea that my friend Missy sent me...﻿ 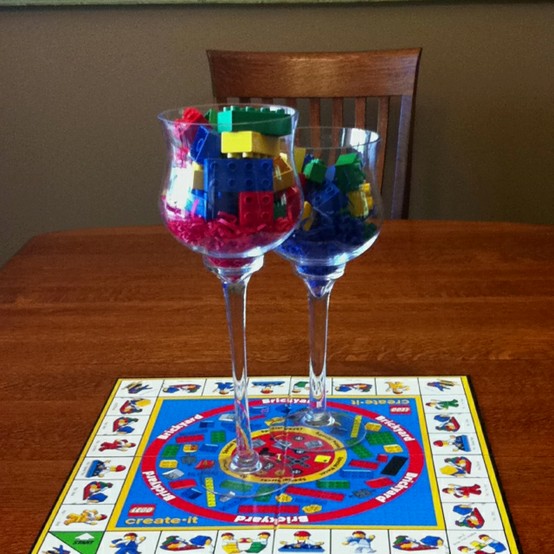 ...the boys were happy to decorate with Legos.﻿ 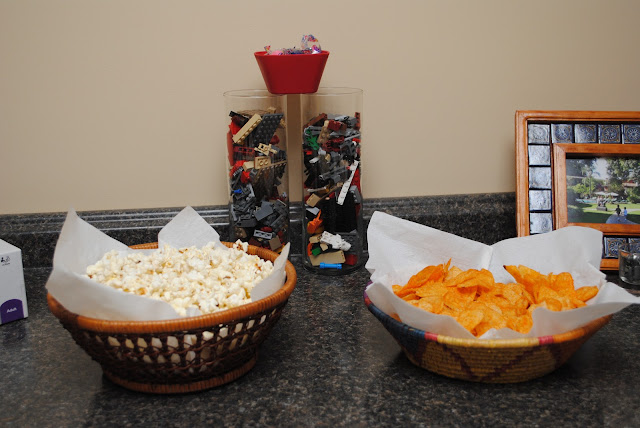 And lots of other stuff....
Quick, fun decorations!﻿ 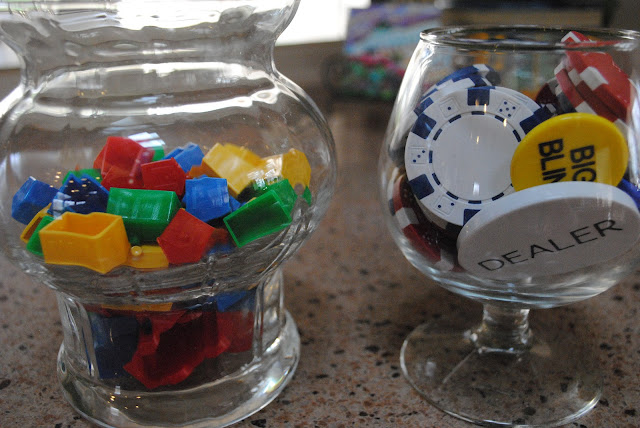 We were only missing a couple from our group that night.  Tons of fun catching up!﻿ 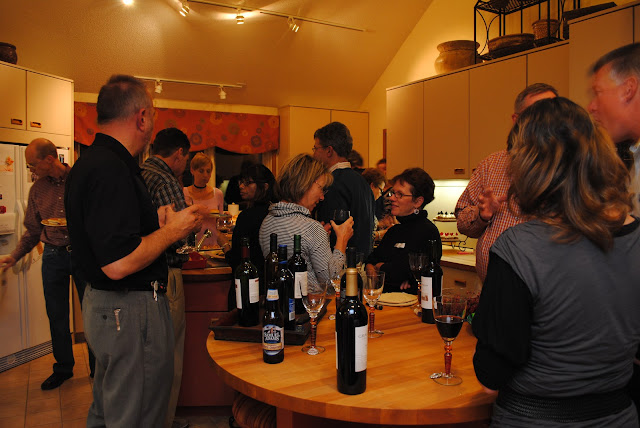 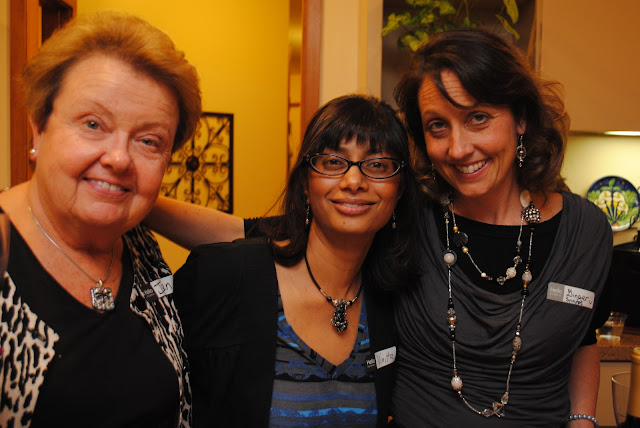 Jayne, Jan, Roger, and Charlie are serious about Jenga﻿ 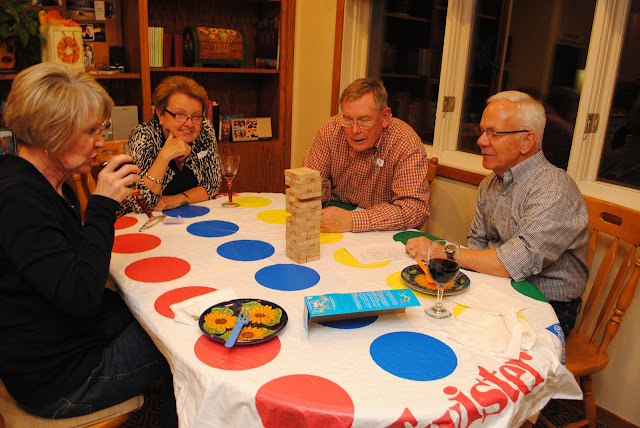 Barry, Leigh, and Jeff join Charlie and Jayne for Pictionary﻿ 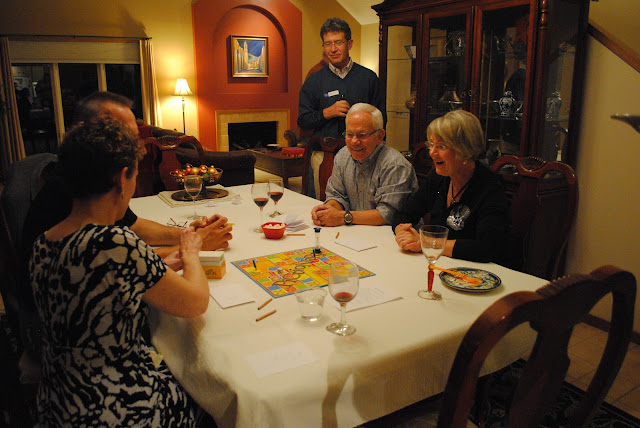 Downstairs Mary and Karen challenged John and Ginger in Taboo﻿ 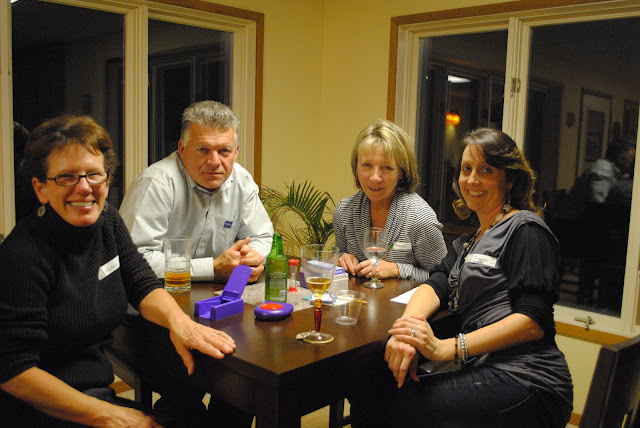 Well, someone has to be the loser in each game.  Sorry guys!
P.S. I love how Mary's L is even backwards.  Serious loser.﻿ 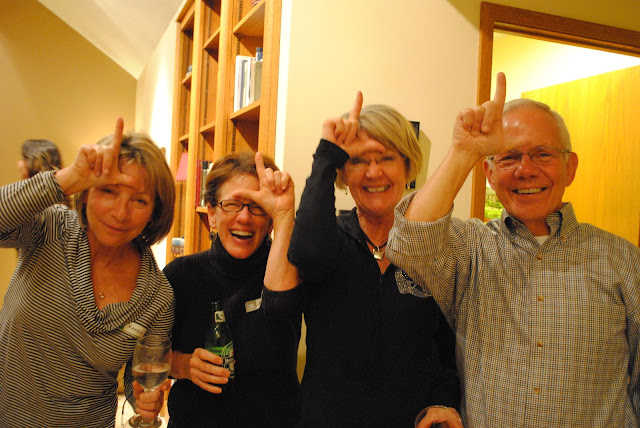 So it came down to a tie David and Michael vs. Jeff and Mike.
They decided to battle in Taboo to determine the winners.﻿ 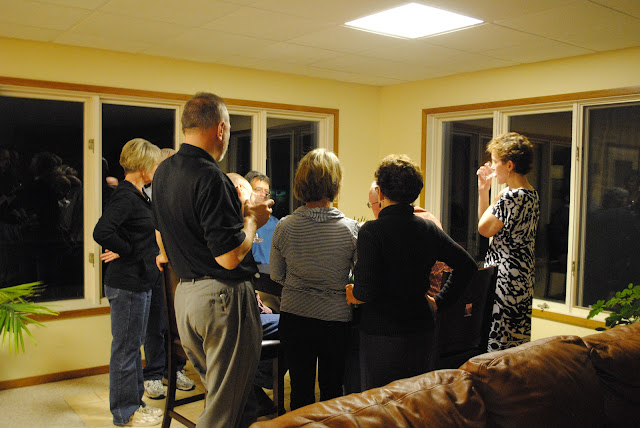 And David and Michael won!﻿ 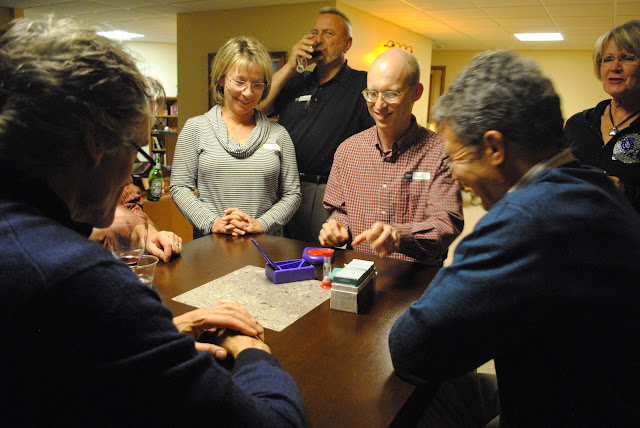 It was a really fun evening, and I appreciate everyone being so "game"!﻿
Posted by bonnieboatwright@gmail.com at 6:47 PM